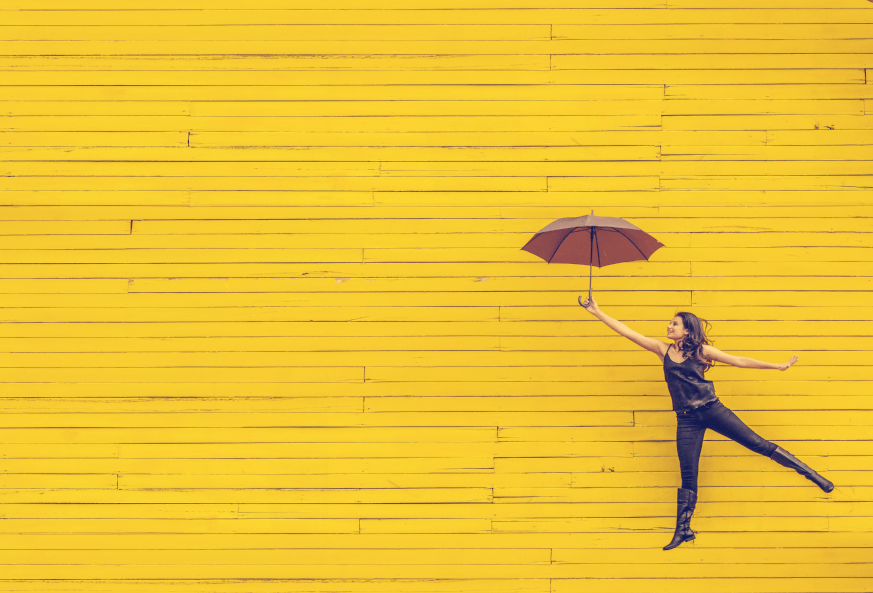 How Zero To Zest Began

This has been the most difficult post for me to write, but also the most cathartic.

Many people have had a stroke, and many have not survived.

I am one of the lucky ones.

I am a stroke survivor.

However, the words of my neurologist still ring in my ears when he said…

“People either make a good recovery or they die from the type of stroke you’ve had. You’ve been very lucky!”

At the time I felt broken and completely lost.

But I’d unknowingly injured my neck, which had created a blood clot that had gone straight to my brain, destroying everything in its path.

The first time I noticed something was wrong was when I felt dizzy and couldn’t fight the urge to vomit. As I ran to the bathroom I realised I was using the walls to keep myself steady and help me walk in a straight line.

To the outsider, it probably looked like I’d been having an all-day drinking binge… knocking back the gin and tonics while looking after my newborn baby… but I hadn’t touched a drop.

I really knew I was in trouble when I started to forget things.

I couldn’t remember my daughters’ names.

I couldn’t remember my own.

I struggled to understand how to talk into my phone as I attempted to get help.

I understood the phone could help me, but I failed to make sense of how to make a call.

The next few hours are a blur. Those around me didn’t realise the enormity of my situation, and I couldn’t function enough to explain it to them. Everyone believed rest was what I needed.

Little did they know, the clot was silently spreading throughout my brain causing more damage as it went.

I was on the edge of death.

It was out of my hands.

I tried to rest on my bed but was plagued by waking dreams and visions I didn’t understand. One still haunts me even now.

When I was young I had a wonderful old horse gifted to me. His name was Copper.

He was old and ill and not fit to do anything but be a companion for my sisters and me, who just happened to have a field he could spend the rest of his days in. I loved Copper. He patiently played my gymkhana games and let me push him around… that was until I went too far and he bucked me off into the mud.

Copper bucked me off 32 times!

In hindsight, I don’t think I had been the perfect companion for an ageing horse.

When Copper finally departed, I cried myself to sleep, but not before requesting out loud to whoever might be listening that when I died I wanted him to be the one to come and collect me.

While I was lying on my bed in the middle of my stroke, in a state worse than I could possibly understand, I had a vision or a waking dream that I was being visited by Copper.

He was galloping along what seemed like a giant golden ribbon flowing in the wind. He looked majestic and much slimmer and healthier than I ‘d ever known him in life.

In this vision, he looked amazing and very, very real.

A bit too real.

As the blood clot continued to make its way through my brain it was destroying cells, but it also activating parts of my memory that had been locked away for years. My life literally started to flash before my eyes.

I had no idea what was happening to me.

When my husband returned from work he immediately started asking me what had happened and why I was in such a state. I tried to answer but from what he tells me I was making absolutely no sense at all. My brain was saying the words, and my ears were hearing what I was trying to say… but the sounds coming out of my mouth were incoherent.

He called an ambulance immediately.

As soon as they arrived I went into a seizure and remember nothing else.

I didn’t see the solemn faces of the ambulance men and my husband as they wheeled me past my children who were being shielded from the scene by their grandparents.

I didn’t understand or share their concern as they stared at my grey face being lit up by the blue lights of the emergency vehicle.

That was in 2009 and I have been recovering ever since.

It’s taken a long time and I still have a long way to go.

Thankfully I regained my ability to walk quite quickly after my stroke but I have struggled with many other issues. I found it difficult to write and remember words. In fact, my memory has been one of the worst things affected. I had to make many new connections in my brain to remember how to spell words, remember names and to complete simple actions such as unlocking doors.

However, I have found two activities that have really helped me heal.

The first, quite unexpectedly, is typing and writing.

The process of thinking thoughts, transferring that to my fingers on the keyboard and then reading them back to myself from the screen has been an incredible source of healing.

I have since discovered I was helping neuroplasticity to take place, allowing my brain to regenerate and make new connections where the old ones were broken. Healthy parts of my brain were taking over the functions of those that had been damaged.

I discovered this regeneration without any medical support or advice. Since then I have made numerous other discoveries.

The other activity I started about a year after I had my stroke, was running. As soon as I regularly exercised to a point where I was out of breath with a raised heart rate – so my cheeks flushed red – I noticed a real difference too.

However, my stroke broke me in another way and this didn’t become clear until quite some time afterwards.

Very few medical professionals tell stroke survivors this, but there’s something called ‘Post Stroke Depression’ or ‘PSD’ that we can suffer from. It’s a medically proven phenomenon that many who experience a stroke often fall into a deep depression, which if not spotted and dealt with quickly can rapidly get out of control. Chemicals, cells and processes in the brain are disrupted by the event of a stroke and often won’t return to normal without help.

No one told me this so I gradually sank lower and lower emotionally until I started having panic attacks. I was eventually diagnosed with PSD. This was a huge relieve as once I knew what was wrong I was able to focus on how to fix it.

So why am I telling you this now?

I suppose I want you to know where I’ve come from and why I’ve started ‘Inspired Zest For Life’.

Since my stroke I have been a prolific writer.

It’s what continues to heal me so I’ll be doing it for many years to come.

I have also been trying to tackle my PSD with a plethora of strategies, from eating the right things to exercising in the right way. I’m over 40 now so nothing is as easy as it once was and I have good days and bad days.

But I know I’m not alone.

I’m definitely not the first person to have had a crap experience in their life, and I certainly won’t be the last.

The interesting thing is that as I have moved forwards in my journey to heal I have discovered so much I want to share with others so they can benefit too.

After a great deal of personal development research and learning, I’m now a Certified Happiness Coach and a professionally qualified Performance Coach with Neuro Linguistic Programming (the language of the mind) focusing on Lifestyle, happiness and zest.

And every day I continue to gather huge amounts of knowledge too vital to keep to myself.

For example, did you know there are things we can all do to measure how happy we are and how much zest we have?

Right now I’m happiness number 7 (which is great), but this varies from day to day depending on what’s happening in my life.

Knowing that and discovering what works for me to improve that number is the key to my own personal happiness. But everyone’s different and what works for one person won’t necessarily work for another. Happily, however, there is a formula and I want to share it with you!

The shocking thing is that most people go through life and NEVER discover this stuff!

Are you intrigued to find out more?

After all, everyone wants to be happy… right?

Everyone wants to have zeal, verve, pizzazz and a real zest for life… right?

Surely that’s what living is all about!

So if you think you can benefit from what I’ve discovered and want to find out more, sign up to receive updates and get hold of my zest boosting freebie and let the adventures begin.

“I Need To Change My Life!”… 15 Signs You Need A Life Change

Ways To Be Happy And To Achieve A Happy Life Now

How To Be Happy Again In 3 Simple Steps

How To Feel More Positive When Nothing’s Going Right

What Is Zest And Why Is It So Important?

Some call me an idealist but I prefer optimist and I'm on a mission to bring something of value to this rollercoaster ride we're on. I want to give you a practical guide to help you find more happiness and zest for life. All achieved by revitalising the way you think, eat, move and live... so you feel inspired and excited about your future and can attract the life and business of your dreams.

Get more ZEST delivered to your inbox... 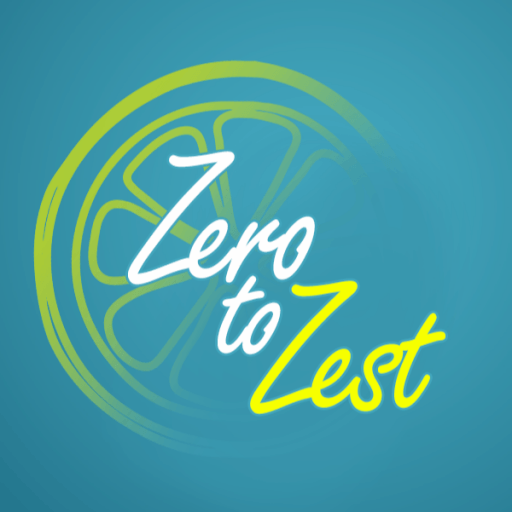 Feeling Anxious Or Stressed? Here Are 3 Tips To Help You To Fix It!
“I Need To Change My Life!”… 15 Signs You Need A Life Change
Personal Performance Coaching: The Number 1 Way To Change Your Life Now
Ways To Be Happy And To Achieve A Happy Life Now
How To Be Happy Again In 3 Simple Steps
What Are Holy Basil Tea And Tulsi Tea Health Benefits?
How To Feel Happy Again Using 3 Science Backed Techniques
How To Feel More Positive When Nothing’s Going Right
Paying It Forward With a Random Act Of Kindness (And How It Can Change Your Life)
The Gratitude Technique And Exercises That Work

Not just an ordinary #hike. This one involved #cry

I spy with my little eye! #naturelover #foxcub #fo

Life isn’t about waiting for the storm to pass.

#samphire and #cucumbers.... #foraged and #homegro

My office chair for the day... #digitalnomad #insp

Get a free ZEST BOOSTING pack delivered direct to your inbox. I only share stuff to make you happy, inspired and motivated. I never pass on your details and you can unsubscribe at any time.